Flight through the ContainerUni construction site 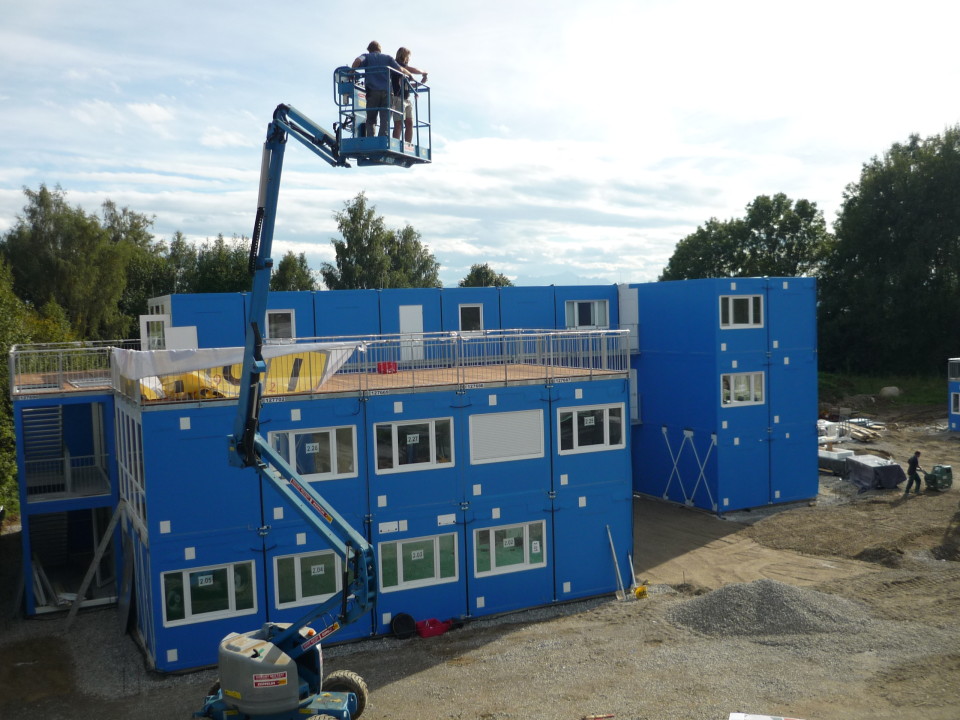 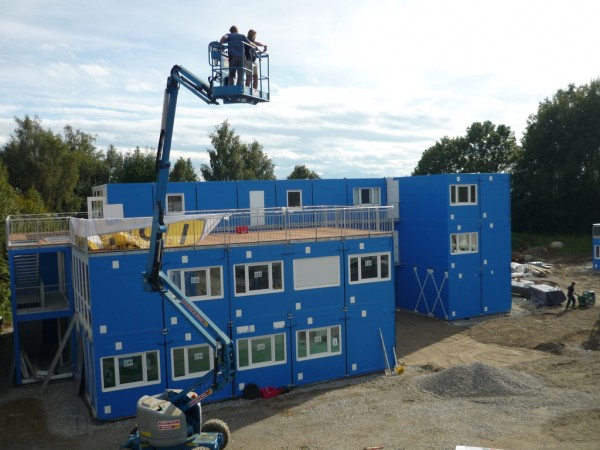 What a kind of privilege my job as artistic subcurator of ContainerUni is, really struck me when Christina Ehringshausen, took me on a free ride with her Lifter.

Mrs. Ehringshausen probably is the coolest space producer in the world. She assembles 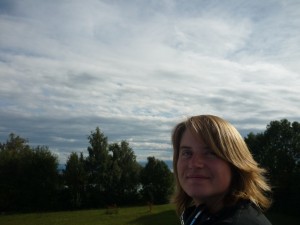 blocks of  – at this point roughly 160 – Containers in such a speed and guides her team with such an ease, esprit and souvereign caution, that watching her work, you sometimes think, Zeppelin-Rental-Container-Mounting is a new trendsport. Assuming the “RSE” Letters on her Polo-Shirt stand for – let’s say:  a girl band she plays with in her leisure-time, is wrong: the three letters stand for her very own impressive company, Raumsysteme Ehringshausen, who assembled constructions out of Zeppelin Containers for big players like WM, VW, ILA, IFA, ETC